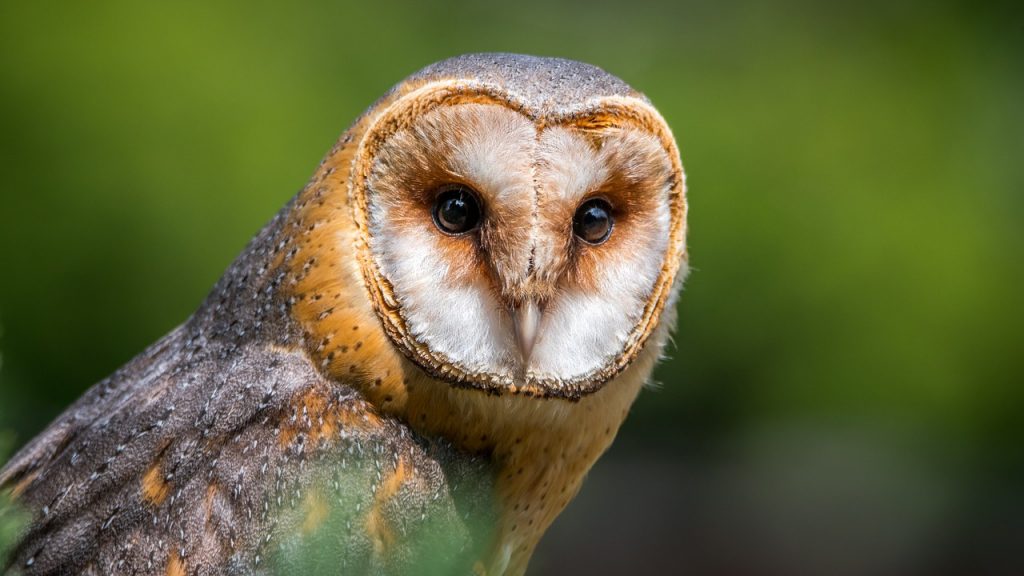 Owls are nocturnal and prefer to stay awake and be active at night.

Owls can be found in all different types of habitats, from forests and deserts to mountains and prairies and in every continent except Antarctica.

There are 200 species, and they are all birds of prey.

Owls are the only large group of birds that hunt at night, they are specialists at night-time hunting.

Owls are carnivores.  They feed on small mammals such as rodents, insects, and other birds, and a few species like to eat fish as well.

Owls have large eyes and holes for ears, a hawk-like beak, and a rather flat face. 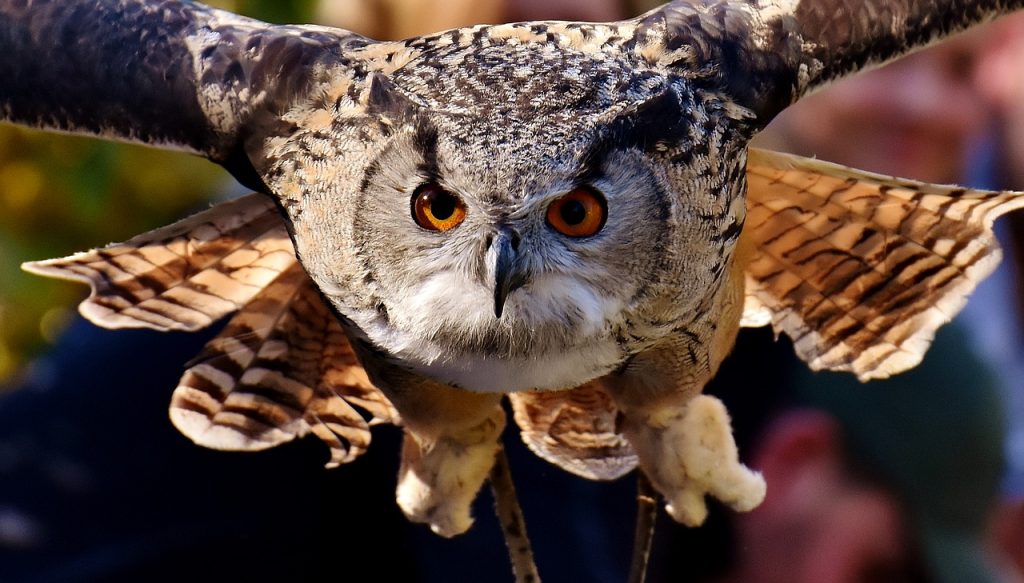 Owls have 3 eyelids-one for blinking, one for sleeping and one for keeping their eyes clean.

Owls don’t have eyeballs. Their eyes are long and shaped more like a tube.

Owl’s eyes are facing forwards to help it see better in the dark. Their eyes are also fixed inside their sockets, so they must turn their whole head to look at other things. Owls can rotate their heads and necks up to 270 degrees in both directions.

Owls are good at looking at things far from their eyes, but it cannot see anything clearly within a few centimetres of their eyes.

Owls use small feathers on the beak and the feet that help it feel the prey it catches.

The owls’ hunting depends on surprising its prey. Their most important adaptation is their almost silent flight. Also, they glide. 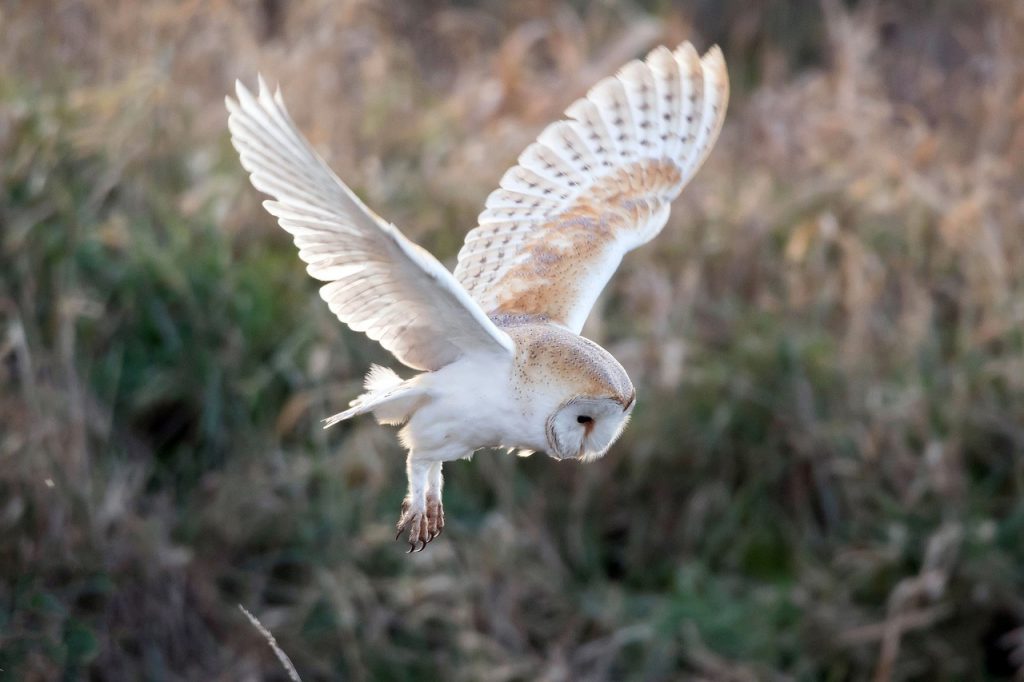 Female owls are larger, heavier, and more aggressive than males. They are also more richly coloured and have a higher voice.

The dull colours of the owls’ feathers make them less visible by camouflaging the owl.

Owls have a fantastic hearing. They can hear a mouse move in the grass.