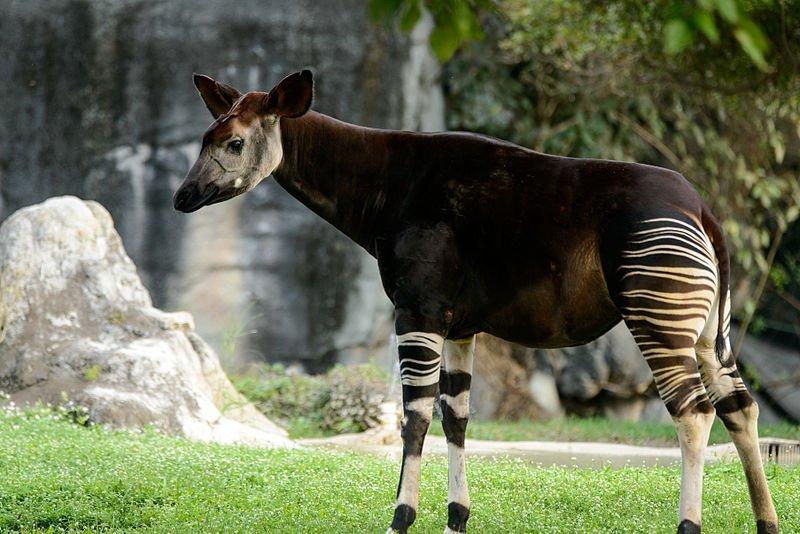 Known as the “forest giraffe”, Okapis are the only relative of the giraffe.

It has a much shorter neck than giraffes.

Okapis are shy, and the stripes on their body help them hide. 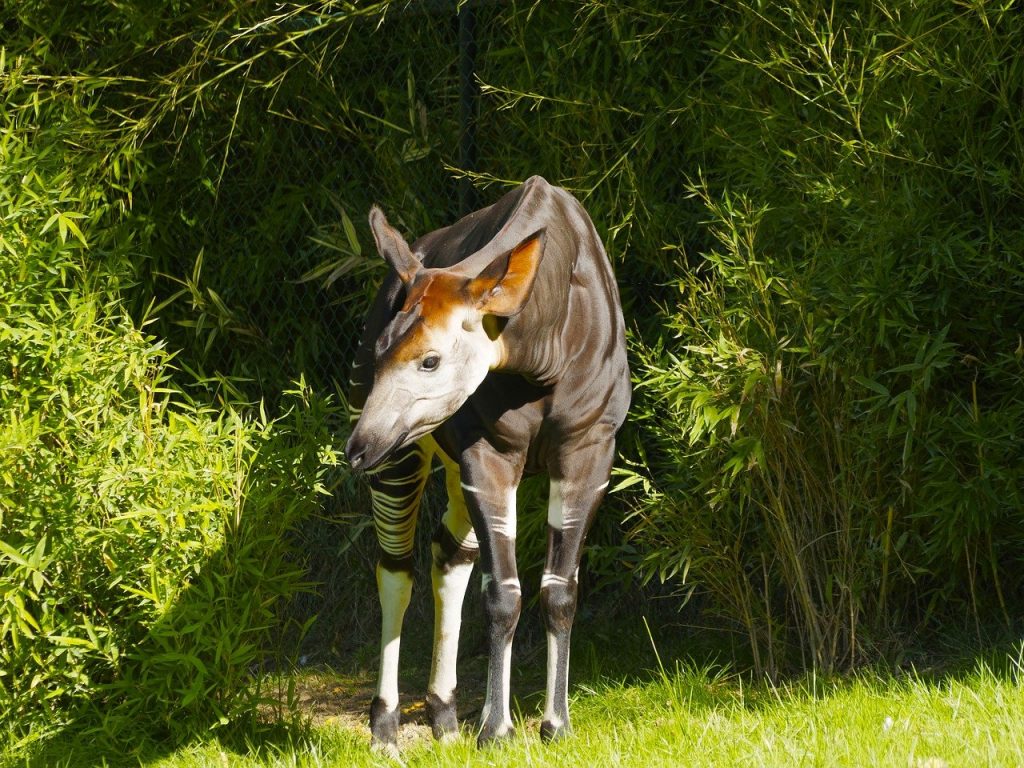 Their brown and white stripes look like rays of sunlight coming through the trees and help them blend into their surroundings.

Just like the giraffe and cow, okapis have four stomachs that help with the digestion of tough plants.

In the wild, the only place where it can be found is in the rain forests of central Africa (Dominican Republic of Congo).

Okapis eat between 45 and 60 pounds of food each day.

It has a thick, oily fur to stay dry in the rain.

It has scent glands on the bottom of its hooves to help mark its territory when walking and communicate with others.

The okapi has a long, dark tongue that can strip leaves from branches.

The okapi’s dark tongue is long enough to clean its eyes and ears!

Okapis have very large, upright ears, which catch even small sounds, helping them to avoid trouble.

Okapi stripes are sometimes called “follow me” stripes, as the bold pattern makes it easy for a calf to follow its mother through the dark rain forest.

The ears of an okapi can rotate independently, so the animal can listen for sounds both in front and behind.

Okapis are active during the day.

They prefer to be alone, but sometimes they gather in small groups to eat, groom and play.