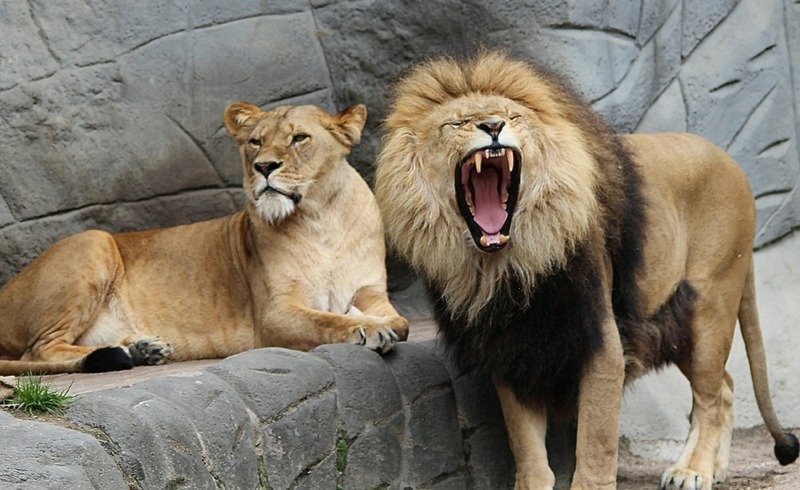 The name for lion in Swahili, an African language, is ‘simba’.

Lions are the second largest of all the big cats in the world, right after the tigers.

A lion’s mane is one of it’s most recognizable features, but only male lions grow manes.

Lions are the only cats that live in groups. The name for a group of lions is a ‘pride’. A group, or pride, can be up to 40 lions, depending on how much food and water is available. 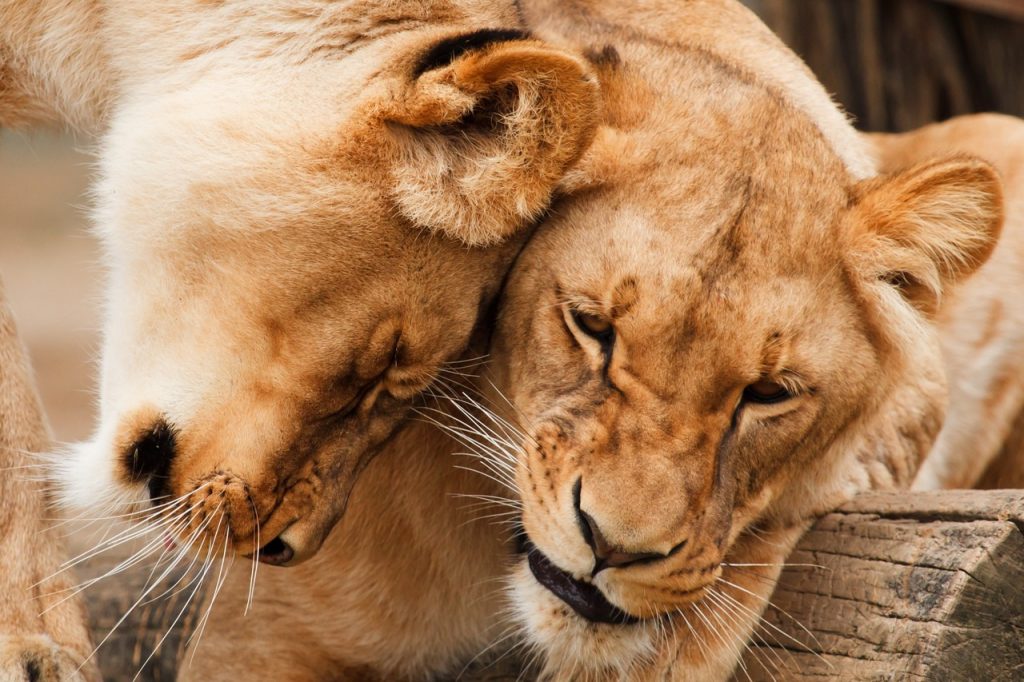 Lions are family animals and truly social in their own communities.

In a pride, lions hunt prey, raise cubs, and defend their territory together.

Usually, all the lionesses in a pride are related-mothers, daughters, grandmothers, and sisters. Each pride generally will have no more than two adult males. 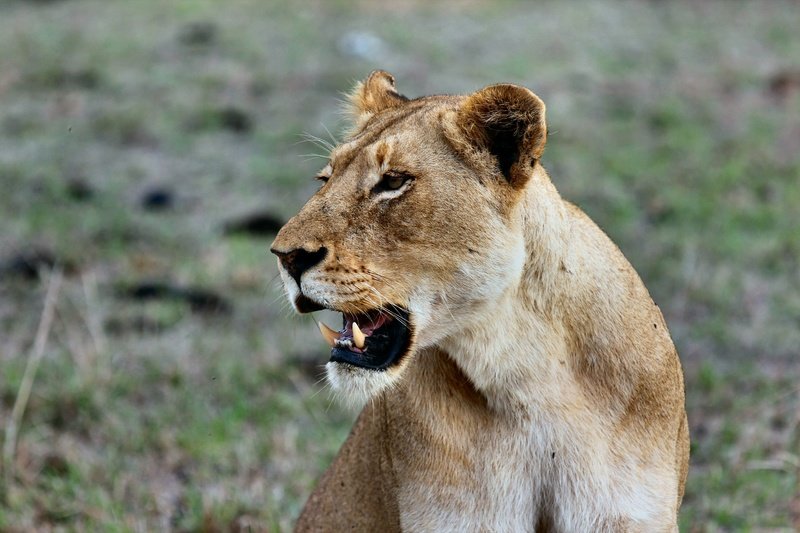 Female lions are the main hunters. While they are out looking for food, the males guard the pride’s territory and their young.

Many of the females in the pride give birth at about the same time. A cub may nurse from another female as well as its mother.

They often hunt in groups of two or three, using teamwork to stalk, surround, and kill their prey. 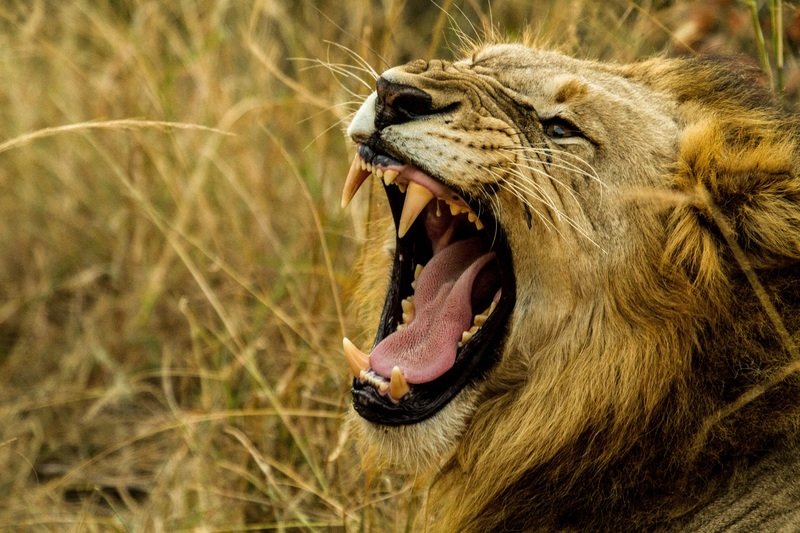 A lion’s roar can be heard up to eight kilometres away. The roar warns off intruders and helps round up stray members of the pride.

Both male and female lions roar. They usually start off with a few long, deep roars followed by shorter, faster ones. Lions also make other noises. They meow, hiss and snarl, like domestic cats, but louder.

Lions scents mark their territory, using their wee, to create a border.

African lions are mostly found in sub-Saharan Africa. They used to be found all over Africa but now they have mostly disappeared from North Africa and are at risk of extinction in West Africa. Lions live in savannahs and grasslands, where some cover and plenty of water can be found.

Lions hunt for food every few days. They will feed on their kill and then rest until they hunt again.

Male lions are much bigger than females and they have large manes, or hair, which covers their head and neck and stretches underneath to their belly. Lion cubs have light spots on their fur when they are born. These fade when they grow up and they help camouflage or hide, them when they are young. 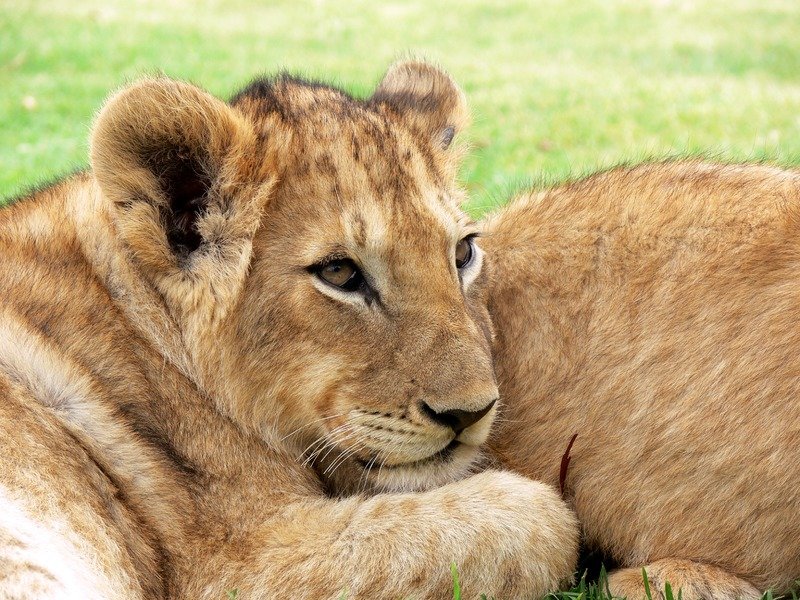 Lions are the laziest of all the big cats and can sleep for 16-20 hours each day.

A lioness usually gives birth to between one and four lion babies.

They are extremely fast runners and can reach speeds of 50 mph (80 km/h), but they can’t run this fast for very long.