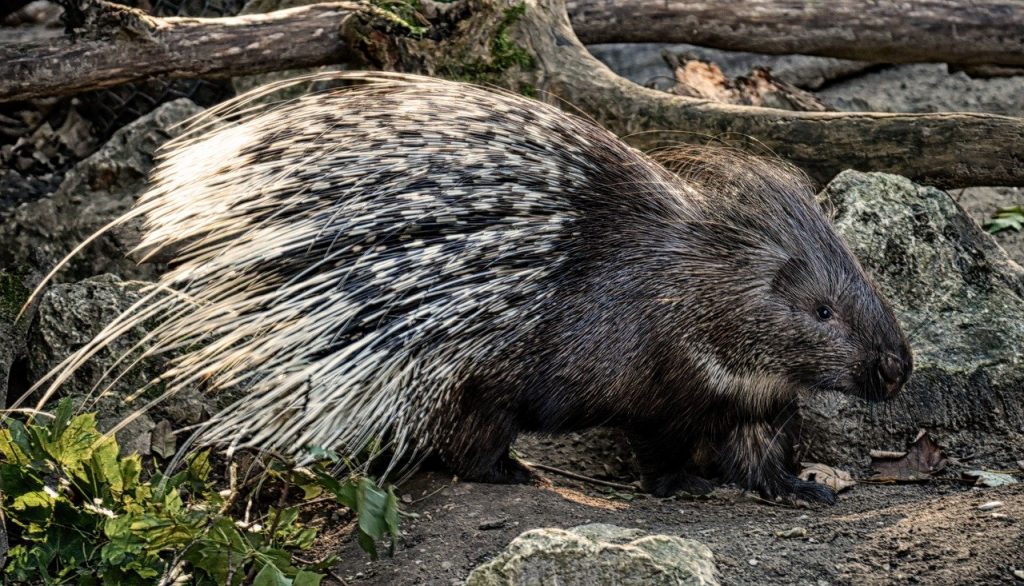 The word porcupine means “quill pig” in Latin; however, porcupines are large rodents and have no relation to pigs.

Their head is roundish with small eyes and ears. Their legs are short and sturdy, and each foot has five toes, all equipped with powerful claws.

It lives in hilly, rocky habitats in sub-Saharan Africa, North Africa, and Italy.

Crested porcupines are nocturnal, most active at night, leaving their dean to forage alone at night. They rest during the day.

African porcupines are monogamous (they only have one mate at any one time).

Porcupines family groups consisting of a male, female, and their young.

They live in burrows. 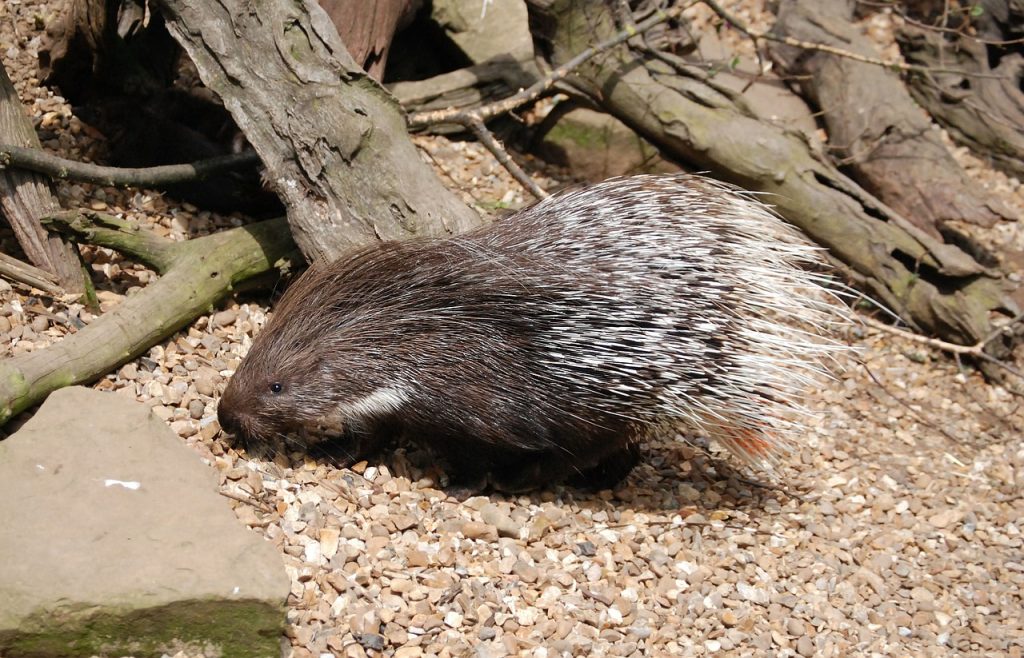 Adult African Crested Porcupine can weigh up to 60 pounds and can grow to 3 feet in length excluding their tail.

They live about 20 years, both in the wild and in captivity.

Porcupine’s body is covered with coarse quills 1 to 13 inches long and of varying thicknesses.

Porcupine’s quills are lightweight and will float on water.

New quills grow in to replace lost ones. 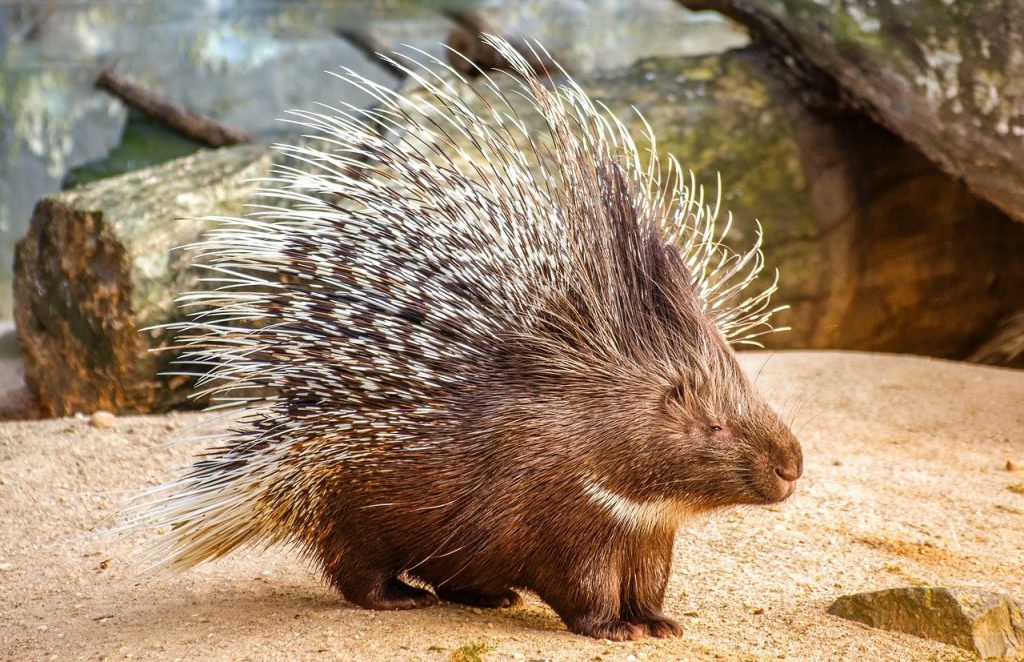 Crested porcupines do not throw their quills. Their sharp, sturdy quills of the African crested porcupine give it highly effective protection against predators. When it is confronted by a predator, the African crested porcupine raises the 12- to 13-inch quills along its head and back into a crest so its body appears larger and more threatening. If this strategy does not chase off the predator, the porcupine stamps its feet, clicks its teeth, and rattles its hollow-tipped tail quills. If this fails, it runs backwards and rams the attacker with the short, thick quills on its backside. The tips of its quills lodge in its enemy’s skin, and the resulting wounds can disable or even kill the predator. Porcupines have been known to injure lions, leopards, hyenas, even humans.

Porcupettes are born with open eyes and developed teeth, though the quills on their backs are soft. They leave the den about a week later, just as their quills begin to harden.